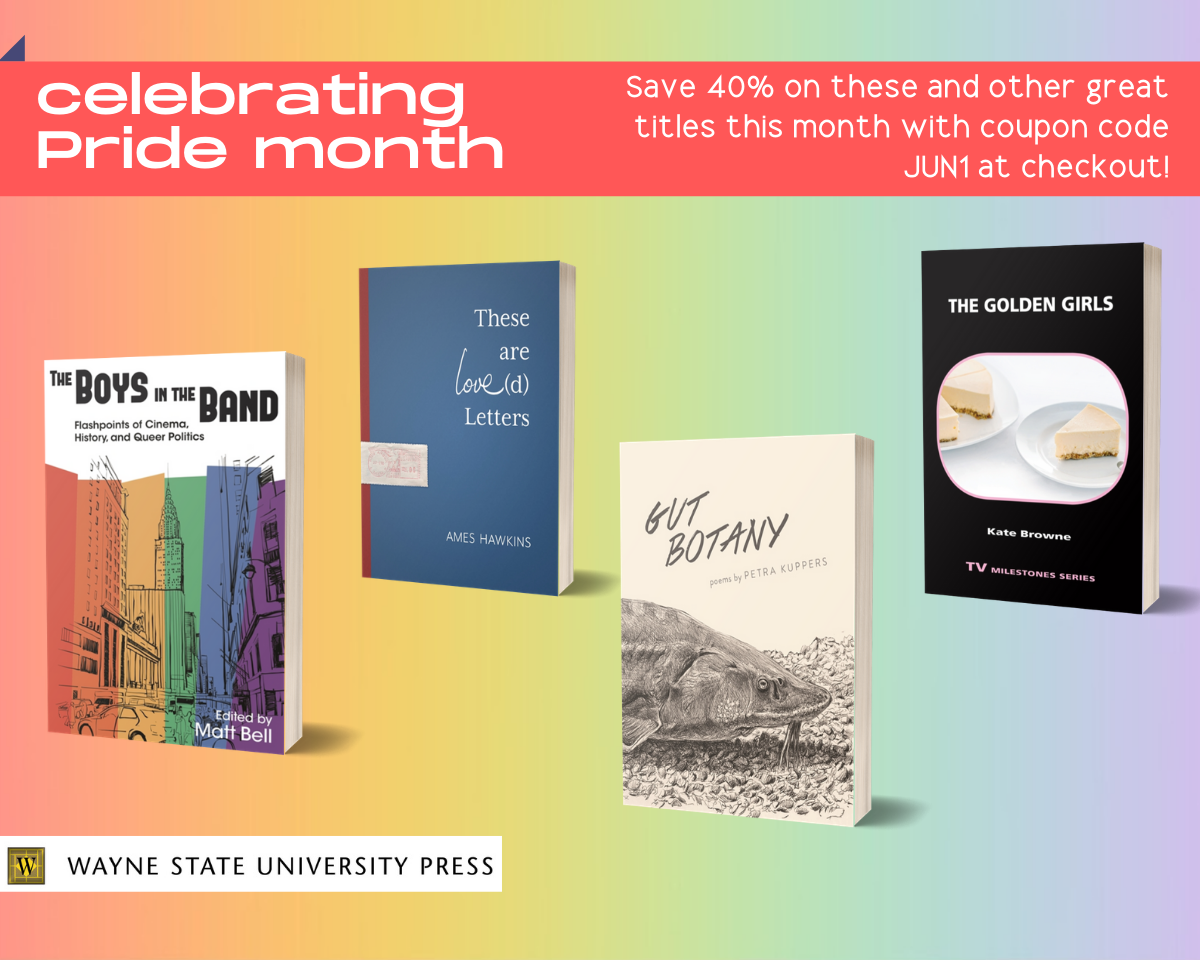 Lesbian, Gay, Bisexual, Transgender and Queer (LGBTQ) Pride Month is currently celebrated each year in the month of June to honor the 1969 Stonewall Uprising in Manhattan. The Stonewall Uprising was a tipping point for the Gay Liberation Movement in the United States. (via Library of Congress)

Educate yourself on LGBTQ-related issues with 40% off some of our latest and greatest titles when you use code JUN1 at checkout!

This offer can be applied to each of the following books:

Queer Enchantments: Gender, Sexuality, and Class in the Fairy-Tale Cinema of Jacques Demy by Anne E. Duggan
Examines director Jacques Demy's use of the fairy tale as a means to explore issues of gender, sexuality, and class.

Queer Mexico: Cinema and Television since 2000 by Paul Julian Smith
Explores the rich and varied LGBT cinema and television of Mexico since the new millennium.

The Boys in the Band: Flashpoints of Cinema, History, and Queer Politics edited by Matt Bell
William Friedkin’s 1970 motion picture The Boys in the Band is perfectly poised for the wide-ranging reassessment and innovative readings that this edited volume accomplishes.

Gut Botany poems by Petra Kuppers
Poetry that inhabits and queers bodies and lands in an ecosomatic investigation.

These are Love(d) Letters by Ames Hawkins
Intimate and unwavering exploration of love, loss, and the queer possibilities inherent in artistic aspiration. 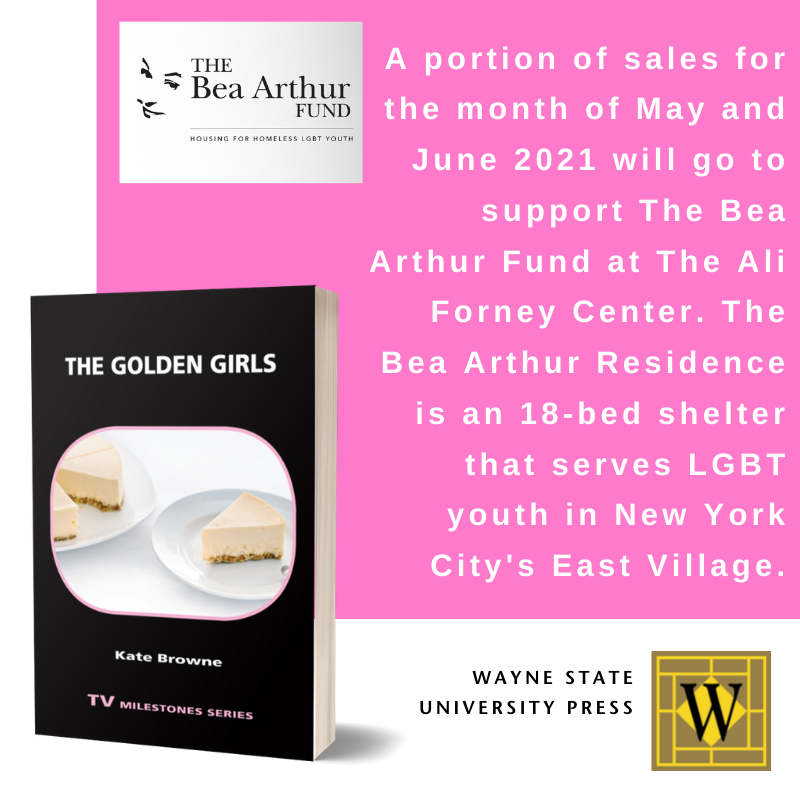 This pride season, Kate Browne will be donating all royalties for her book on The Golden Girls to the Bea Arthur Fund at the Ali Forney Center.

The Bea Arthur Fund was established through an estate gift and has allowed the Ali Forney Center to purchase a building that would become an 18-bed long-term housing facility for homeless LGBT youth in NYC.

The Golden Girls featured a lot of groundbreaking portrayals of LGBTQ people and one of the reasons it is an iconic queer show is the way it prioritizes chosen family. What’s often left unsaid is why chosen family has to be a cornerstone of queer life. Coming out can be a matter of life and death, especially for youth that don’t have financial support systems.

Consider purchasing the book (40% off for the month of June when you use code JUN1 at checkout!) or making your own donation to the Bea Arthur Fund today! 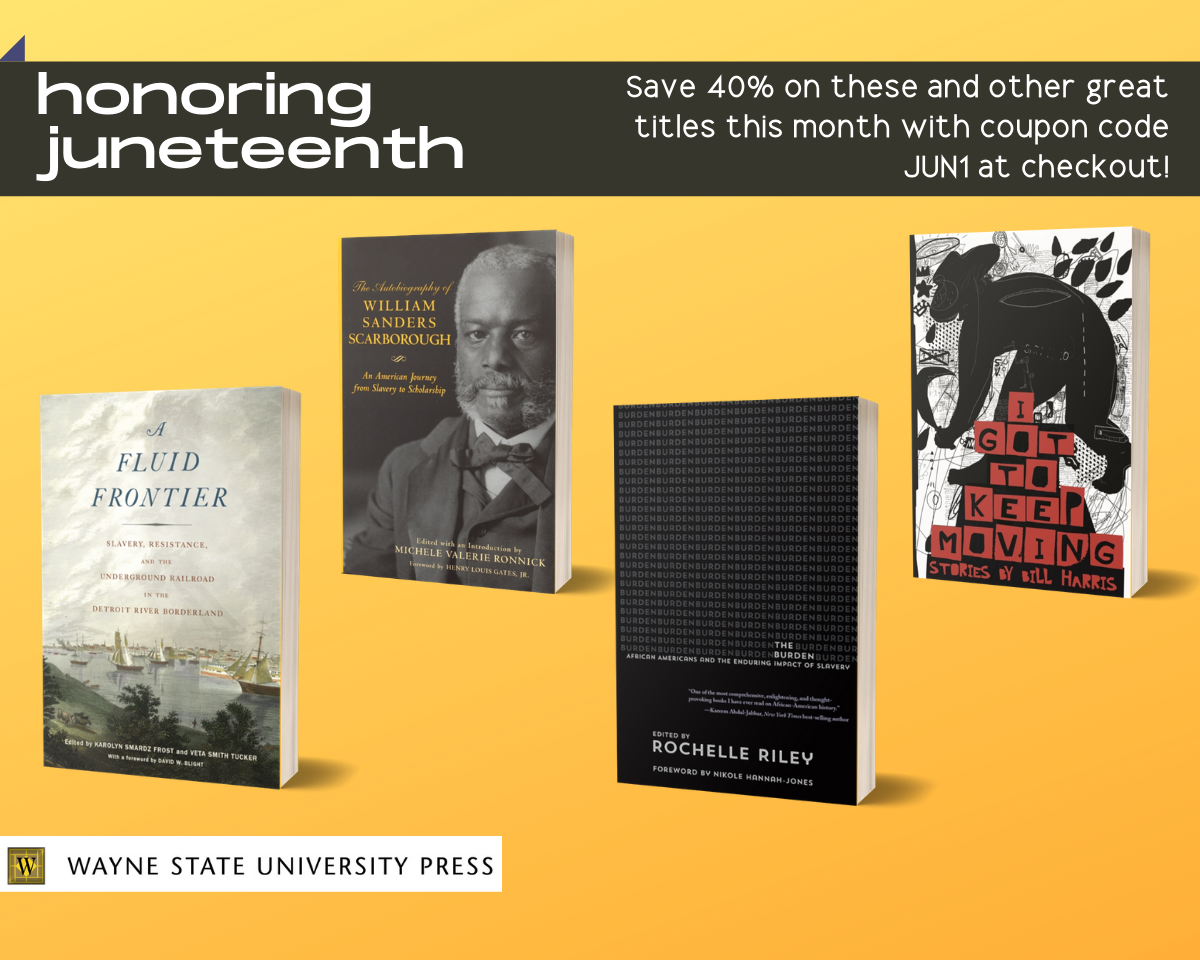 Juneteenth (short for “June Nineteenth”) marks the day when federal troops arrived in Galveston, Texas in 1865 to take control of the state and ensure that all enslaved people be freed. The troops’ arrival came a full two and a half years after the signing of the Emancipation Proclamation. Juneteenth honors the end to slavery in the United States and is considered the longest-running African American holiday. (via History.com)

For the month of June, we are honoring this important date by reading up on the long-lasting impact of slavery. Please join us by taking 40% off the following titles when you use code JUN1 at checkout:

A Fluid Frontier: Slavery, Resistance, and the Underground Railroad in the Detroit River Borderland edited by Karolyn Smardz Frost and Veta Smith Tucker
New research on the long, shared struggle for freedom by people of African descent in the Detroit River borderland from a uniquely bi-national perspective.

I Got to Keep Moving stories by Bill Harris
African American characters navigate a physical and spiritual journey beginning in the antebellum South.