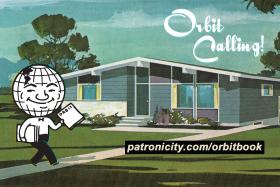 Wayne State University Press and author Rob St. Mary are teaming up to raise $17,000 to offset the cost of design and printing for Re-Entry: The Orbit Magazine Anthology, coming in Fall 2015. This oversized, full-color book will tell the tale of three landmark magazines—White Noise, Fun, and Orbit—that covered 1970-90s Detroit music, film, art, food, and culture like no one else dared.

The Re-Entry campaign starts Monday, October 20, 2014 on Patronicity.com. Pre-order the book and pick up an Orby t-shirt, or check out limited edition perks like a complete archive of Fun magazine, drinks with Jimmy Doom, dinner with Jerry Vile, or an original Niagara painting. Even better, a portion of contributions are tax-deductible!

Learn more about the campaign, share, and donate at patronicity.com/orbitbook. 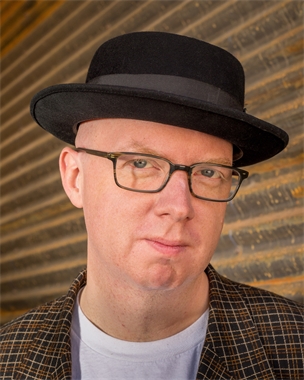 About the author: Rob St. Mary is a Metro Detroit native, now living in Aspen, Colorado, who grew up with these magazines and understands their role in shaping alt-publishing in the region as the predecessors to the Metro Times and the recently-defunct Real Detroit Weekly. An award-winning reporter and journalist whose work has been featured in radio newsrooms across Michigan, St. Mary has tirelessly researched and collected vast amounts of source material necessary for this ambitious project.

About the book: Re-Entry: The Orbit Magazine Anthology will document how Jerry Peterson, known to most as Jerry Vile, created White Noise, Fun and Orbit as well as other respected internationally lauded events such as The Dirty Show. The book will include an in-depth look at Detroit’s late 70s punk scene featuring such local bands as the Ramrods, Destroy All Monsters, the Romantics, the Boners, and the Sillies. It will show how Jerry Vile and friends created a completely new form of publication with Fun, the first free humor magazine in America, pre-dating The Onion by two years. Fun brought a satirical tone to arts, culture, and Metro Detroit. The book will show how Fun morphed into Orbit, the magazine that covered arts and culture in Detroit with a wicked sense of humor and introduced readers to Kid Rock, Insane Clown Posse, His Name is Alive, the White Stripes, and the Dirtbombs, just to name a few. The book will even show how Orby (the magazine’s globe-headed mascot) made his Hollywood debut in Pulp Fiction!

For more information about the book, visit orbitbookdetroit.com.

About the publications: Orbit (1990-1999) was the magazine that showed Detroiters how cool the place really was years before the New York Times or French filmmakers were buzzing about the city. Fun (1986-1990) beat the Onion by two years to newsstands to become the first free humor paper in America. And White Noise (1978-1980) was Detroit’s answer to New York’s Punk or L.A.’s Slash; a true punk rag, in every beautiful DIY sense of the word.