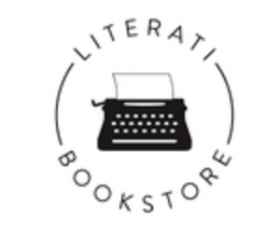 We're pleased to welcome Alison Swan to our At Home with Literati series to launch her new poetry collection, A Fine Canopy. She'll be in conversation with poet Holly Wren Spaulding.

Enjoying At Home with Literati? Donate $5 to sustain our programming here.

Holly Wren Spaulding’s poems, articles and reviews have appeared in The New York Times, The Nation, Michigan Quarterly Review, Witness, The Ecologist, and in the book We Are Everywhere: The Irresistible Rise of Global Anti-Capitalism (Verso, 2003). Alice Greene & Co. published IF August in 2017, and Pilgrim, in 2014. A passionate collaborator, teacher, editor, and writer, Ms. Spaulding has been awarded residencies at The Mesa Refuge, Blue Mountain Center, The Millay Colony for the Arts, The Hill House, The Jean Noble Parsons Center for the Study of Art & Science, Arrowmont School of Arts & Crafts, and the Leelanau Cultural Center, where she was the 2017 Ann Hall Artist in Residence. She founded Poetry Forge in 2012, and teaches creative writing for Interlochen College of Creative Arts.

A collection that focuses on the natural world, these are poems of wilderness and of wildness.