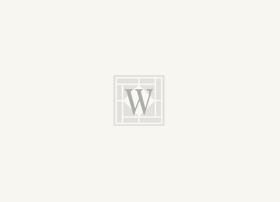 More about the readers:

Ed Baptist grew up in Durham, North Carolina. He went to DC to attend Georgetown University. One day he was playing pickup basketball in the gym, and John Thompson was watching, but somehow Ed never got an invite to walk-on to the basketball team. So after he received his undergraduate degree he moved on and got his Ph.D. in History at the University of Pennsylvania. At Cornell, he is Professor in the Department of History. Together with faculty colleagues from four other universities, Baptist leads Freedom on the Move http://freedomonthemove.org, a collaborative effort to build a crowdsourced database of all North American fugitive slave ads. The author of The Half Has Never Been Told: Slavery and the Making of American Capitalism, (2014) and Creating an Old South: Middle Florida’s Plantation Frontier Before the Civil War (2002), he also co-edited New Studies in the History of American Slavery with the late Stephanie Camp.

Dr. Ashaki M. Jackson, a Cave Canem and VONA alumna, is the author of two chapter-length collections -- Surveillance (Writ Large Press, 2016) and Language Lesson (Miel, 2016). Currently an Executive Editor at The Offing, she served on the VIDA: Women in Literary Arts Board and mentored for both the PEN USA Emerging Voices program and WriteGirl. Jackson, along with Alyss Dixson and Xochitl-Julisa Bermejo, also co-founded Women Who Submit, a national community that supports women and nonbinary writers in submitting their literary works to top tier publications. Readers may find her poetry and essays in Obsidian, 7x7 LA, CURA, Prairie Schooner, Midnight Breakfast, McSweeney’s Internet Tendency, and Bettering American Poetry, among other publications. She earned her MFA (poetry) from Antioch University Los Angeles and her doctorate (social psychology) from Claremont Graduate University.

I.S. Jones is a queer American Nigerian poet and music journalist. She is a Graduate Fellow with The Watering Hole and holds fellowships from Callaloo, BOAAT Writer’s Retreat, and Brooklyn Poets. Her works have appeared or are forthcoming in Guernica, Washington Square Review, Hayden’s Ferry Review, Hobart Pulp, The Rumpus, The Offing, Shade Literary Arts, Blood Orange Review and elsewhere. Her work was chosen by Khadijah Queen as a finalist for the 2020 Sublingua Prize for Poetry. She is an MFA candidate in Poetry at UW–Madison as well as the Inaugural 2019­­–2020 Kemper K. Knapp University Fellowship recipient. Her chapbook Spells Of My Name is forthcoming with Newfound in 2021.

Kristin Palm is the author of a poetry collection, The Straits, and co-editor of Absent but Present: Voices from the Writer’s Block. Her poetry and essays have also appeared in the anthologies The Racial Imaginary: Writers on Race in the Life of the Mind, To Light a Fire: 20 Years with the InsideOut Literary Arts Project, Kindergarde: Avant-garde Stories, Plays, and Songs for Children and Bay Poetics. As a journalist, she has contributed to numerous publications including The New York Times, Metropolis and the San Francisco Chronicle. She has taught writing in schools and community venues in Detroit and the San Francisco Bay Area. She lives in Detroit, where she is a freelance writer and editor, nonprofit communications director and co-facilitator of the weekly Writer’s Block poetry workshop at Macomb Correctional Facility.

Alison Stine works as a freelance journalist at The New York Times. Her first novel Road Out of Winter, was published in 2020 (MIRA Books/HarperCollins), and is a finalist for the Philip K. Dick Award. She is also the author of several books of poetry, including Ohio Violence (University of North Texas Press). Her work has appeared in The Atlantic, The Paris Review, The Washington Post, and others. Recipient of grants from the NEA, the Ohio Arts Council, NYU Journalism, and National Geographic, she is a former Wallace Stegner Fellow at Stanford University. Her next novel Trashlands will be published by MIRA Books/HarperCollins in October 2021.

Stacy Parker Le Melle is the author of Government Girl: Young and Female in the White House (HarperCollins/Ecco), was the lead contributor to Voices from the Storm: The People of New Orleans on Hurricane Katrina and Its Aftermath (McSweeney’s), and chronicles stories for The Katrina Experience: An Oral History Project. She is a 2020 NYSCA/NYFA Artist Fellow for Nonfiction Literature. Her recent narrative nonfiction has been published in Callaloo, Apogee Journal, The Atlas Review, Cura, Kweli Journal, Nat. Brut, The Nervous Breakdown, The Offing, Phoebe, Silk Road and The Florida Review where the essay was a finalist for the 2014 Editors’ Prize for nonfiction. Originally from Detroit, Le Melle lives in Harlem where she curates the First Person Plural Reading Series. Follow her on Twitter at @stacylemelle.

To Light a Fire

To Light a Fire