A Evening of Poetry 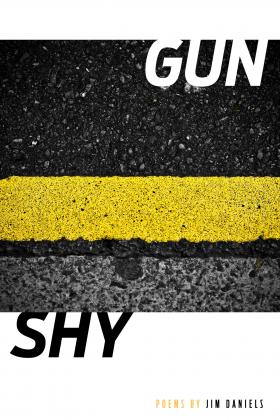 Charlie Brice won the 2020 Field Guide Poetry Magazine Poetry Contest and placed third in the 2021 Allen Ginsberg Poetry Prize. His chapbook, All the Songs Sung (Angel Flight Press), and his fourth poetry collection, The Broad Grin of Eternity (WordTech Editions) arrived in 2021. His poetry has been nominated twice for the Best of Net Anthology and three times for a Pushcart Prize and has appeared in Chiron Review, The Honest Ulsterman, Ibbetson Street, The Paterson Literary Review, Impspired Magazine, Muddy River Poetry Review, and elsewhere. Judith Alexander Brice is a retired Pittsburgh psychiatrist whose love of nature and acquaintance with illness both in herself and others inform much of her work. She has had over 80 poems published in journals and anthologies, including The Golden Streetcar, Voxpopulisphere.com, The Pittsburgh Post-Gazette, TheMagnolia Review.com, The Piker Press, and The Paterson Literary Review as well as Annals of Internal Medicine. Judy has authored four poetry books: Renditions in a Palette (2013), Overhead From Longing (2017), Imbibe the Air (2021), as well as a chapbook, Shards of Shadows: A Covid Diary. A native of Detroit, Jim Daniels currently lives in Pittsburgh and is the Thomas S. Baker University Professor Emeritus at Carnegie Mellon. Jim Daniels is the author of numerous collections of poetry, most recently The Middle Ages (Red Mountain Press, 2018) and Street Calligraphy (Steel Toe Books, 2017). His third collection, Places/Everyone (University of Wisconsin Press, 1985), won the inaugural Brittingham Prize in Poetry in 1985 His recent books include Rowing Inland (Wayne State University Press, 2017) and The Perp Walk. He also coedited the anthology RESPECT: The Poetry of Detroit Music. M. L. Liebler is a internationally known & widely published Detroit poet, university professor, literary arts activist and arts organizer, and he is the author of 13 books including the Award winning Wide Awake in Someone Else's Dream (Wayne State University Press 2008) featuring poems written in and about Russia, Israel, Germany, Alaska and Detroit. Wide Awake won both The Paterson Poetry Prize for Literary Excellence and The American Indie Book Award for 2009. In 2005, he was named St. Clair Shores (his hometown) first Poet Laureate. Liebler has read and performed his work in Israel, Russia, China, France, UK, Macao, Italy, Germany, Spain, Finland, Turkey and most of the 50 States. M.L. Liebler has taught English, American Studies, Labor Studies, Canadian Studies and World Literature at Wayne State University in Detroit since 1980, and he is the founding director of both The National Writer's Voice Project in Detroit and the Springfed Arts: Metro Detroit Writers Literary Arts Organization. He was recently selected as Best Detroit Poet by The Detroit Free Press & Detroit's Metro Time, and he is the nation's first ever Artist in Residence for a Public Library at The Chelsea District Library for 2008-2009. In 2010, he received The Barnes & Noble Poets & Writers Writers for Writers Award with Maxine Hong Kingston & Junot Diaz. Liebler is the editor of the ground breaking working class literature anthology & winner of Michigan Notable Book for 2011 Working Words: Punching the Clock and Kicking Out the Jams (Coffee House Press).

Bob Seger's House and Other Stories

Edited by Michael Delp and M. L. Liebler
with a Foreword by Charles Baxter

New short fiction by some of Michigan’s well-known and highly acclaimed authors.

Poems that seek stability in family and community while coping with a country full of conflict and change.

I Want to Be Once

Poems that take a poignant look at societal issues and contemporary American topics, such as working-class life and twenty-first century war.