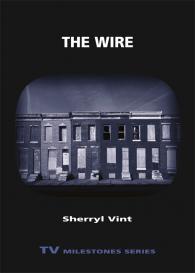 Insightful and rigorous, Vint's analysis of HBO's The Wire makes a compelling argument for the centrality of the show to television history.

Frequently described by creator David Simon as a novel for television, The Wire redefined the police serial format by unfolding its narrative across many episodes, constructing themes for each of its seasons, and refusing to portray individual crimes outside of their social context. While it never achieved spectacular ratings or won an Emmy during its 2002-2008 run on HBO, the show was honored with several awards and has been described by critics as the best show on television. In this volume, author Sherryl Vint takes a close look at several episodes of The Wire to argue that the series challenges our understanding of the relationship between entertainment and social critique.

Informed by recent work on race, poverty, and the transformation of the American inner city through neoliberalism, Vint provides a compelling analysis of The Wire in four chapters. First, she examines the season 1 episode "The Buys" as an example of the ways in which The Wire diverges from the police procedural format. She continues by considering season 2's "All's Prologue" and season 3's "Middle Ground" to explore in more detail The Wire's critique of the exclusions of the capitalist economy. In the final two chapters, she looks at "Final Grades," the fourth season finale, to highlight the problems with institutional inertia and show both the need for and barriers to reform, and uses the season 5 episode "Clarifications" to consider the failure of the media to adequately reflect the social issues depicted in The Wire.

One of the landmark series of recent television history, The Wire is ripe for research and discussion. Fans of the series and those interested in social commentary and the media will appreciate Vint's new analysis in this volume.

This is an illuminating study of an important TV Milestone. Written in a clear and engaging way, it provides valuable contextual information about the program as well as useful insights regarding its roots in both literary fiction and television drama, and the author perceptively discusses the show's contributions to a broader dialogue about contemporary urban problems.

Insightful and rigorous, Vint's analysis of HBO's The Wire makes a compelling argument for the centrality of the show to television history. Carefully weaving together broad discussions of theme with nuanced close analysis of character, Vint demonstrates that the strength of the show lies in its inherent televisuality. The Wire: it's not TV . . . it's a TV Milestone.

– Stacey Abbott, reader in film and television studies at the University of Roehampton and author of Angel (Wayne State University Press, 2009) and editor of The Cult TV Book

Locating it firmly within the context of the police procedural, analyzing the social and political issues at stake, and debating its real-life influences, Sherryl Vint offers a timely, comprehensive, and compelling insight into The Wire, one of the most celebrated and critically acclaimed TV shows of recent years. Essential reading for those interested in all aspects of contemporary television, particularly those who want to better understand the texts that have helped shape and redefine TV drama today.

. . . This is an insightful and engaging book. Vint draws well upon sources of existing scholarship, as well as the commentary on the DVD set of The Wire, and provides a thought-provoking analysis of The Wire as both entertainment and social commentary.

This is a smart summary that will introduce one to the show and unify its complex themes into a singular critique of neoliberalis.

Both volumes adhere to the series' promise of lively and accessible writing. Though they are undoubtedly academic studies invested in making a case for each programme, both McCabe and Vint write with energy, making their studies light but not insubstantial. They will be ideal for undergraduates wanting to fill in their understanding of a particular programme and also have potential for compact contributions to ongoing debates around authorship (and thereby studies of Sorkin and Simon as television authors), quality, politics and aesthetics. Although their diminutive size could constitute a drawback for books addressing television programmes which are distinguished by their complexity, the extent to which each presents a focused and exacting critical argument increases the significance of their contribution to the field. These short monographs made me want to rewatch The West Wing and The Wire, having drawn out some of their key pleasures and reinvigorated some critical questions to take back to each series. This is a measure of the books' skill and value.

Provides valuable contextual information about the program as well as useful insights regarding its roots in both literary fiction and television drama, and the author perceptively discusses the show's contributions to a broader dialogue about contemporary urban problems.