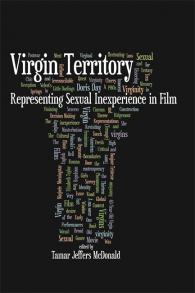 Editor Tamar Jeffers McDonald has assembled a range of contributions by noted film scholars to consider virginity from numerous perspectives, including both the male and female quest to lose virginity, the role of virginity in horror film, issues of sexual agency and desire in both historic and contemporary depictions of virginity, and the complications of self-pleasure and masturbation. Films considered include classics of the Production Code era, like Marjorie Morningstar, Pillow Talk, and Bonjour Tristesse, as well as more recent films like Porky’s, Losin’ It, Fast Times at Ridgemont High, American Pie, The 40-Year-Old Virgin, and Scary Movie. Contributors also consider particular stars like Elizabeth Taylor and Doris Day to investigate the positioning of virginity on an actor’s physical body.

Across different eras and genres, different films have different methods of representing virginity, relying on costume, mise-en-scène, and performance to convey the virgin status, while some film stars are associated with the quality to both the furtherance, and the frustration, of their careers. Virgin Territory explores the contrasts and continuities in films’ attempts at representing this internal state to fascinating effect. Scholars of film and television history as well as cultural studies will enjoy this significant volume.

The scholarship on virginity is surprisingly sparse for a subject so ubiquitous in cultural narratives and so rich in interpretative possibilities. . . .The investigation of virginity in film, however, is literally 'virgin territory' so this volume of essays edited by Tamar Jeffers McDonald is an exciting and welcome addition to the extant scholarship.

Virgin Territory is essential reading for scholars and students working in the area of cinema, gender, and sexuality. This volume explores how films reflect patterns of sexual expectations and behaviors from a new and exciting perspective."

– Hilary Radner, foundation professor of film and media studies in the Department of Media, Film & Communication Studies at the University of Otago and co-editor of <a href="http://wsupress.wayne.edu/books/983/Jane-Campion">Jane Campion: Cinema, Nation, Identity

Virgin Territory addresses an important issue in a society obsessed with abstinence programs and born-again virgins by offering witty, insightful, and profound examinations of the portrayal of virginity in film. This volume is a fascinating read and a ground breaking addition to film and gender scholarship."