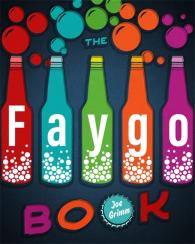 Gubser's argument challenges the predominant scholarly view that Austrian modernism was ahistorical or even antihistorical, and brings to light the extent of Riegl's influence on Benjamin.

Alois Riegl’s art history has influenced thinkers as diverse as Erwin Panofsky, Georg Lukacs, Walter Benjamin, Paul Feyerabend, Gilles Deleuze, and Félix Guattari. One of the founders of the modern discipline of art history, Riegl is best known for his theories of representation. Yet his inquiries into the role of temporality in artistic production—including his argument that art conveys a culture’s consciousness of time—show him to be a more wide-ranging and influential commentator on historiographical issues than has been previously acknowledged. In Time’s Visible Surface, Michael Gubser presents Riegl’s work as a sustained examination of the categories of temporality and history in art. Supported by a rich exploration of Riegl’s writings, Gubser argues that Riegl viewed artworks as registering historical time visibly in artistic forms.

Gubser’s discussion of Riegl’s academic milieu also challenges the widespread belief that Austrian modernism adopted a self-consciously ahistorical worldview. By analyzing the works of Riegl’s professors and colleagues at the University of Vienna, Gubser shows that Riegl’s interest in temporality, from his early articles on calendar art through later volumes on the Roman art industry and Dutch portraiture, fit into a broad discourse on time, history, and empiricism that engaged Viennese thinkers such as the philosopher Franz Brentano, the historian Theodor von Sickel, and the art historian Franz Wickhoff. By expanding our understanding of Riegl and his intellectual context, Time’s Visible Surface demonstrates that Riegl is a pivotal figure in cultural theory and that fin-de-siècle Vienna holds continued relevance for today’s cultural and philosophical debates.

Gubser analyzes the work in the areas of history, aesthetics, and art history of contemporaries of Riegl's to draw the matrix in which Riegl's ideas were formed and convey the intellectual ambiance and interests of fin-de-siecle Vienna. Advanced students of modernism and postmodernism especially will find the book elucidating on central, formative ideas and developments in these periods."

Time's Visible Surface distinguishes itself from other books on Riegl by its strong theoretical awareness (especially the connection to Walter Benjamin), by its central emphasis on the theme of time, and by its careful reconstruction of Riegl's Austrian intellectual context. Gubser emphasizes the larger philosophical context and significance of Riegl's thought beyond the narrow disciplinary concerns of art historians, and he combines close textual analysis of Riegl's works with a thoughtful contextualization of Riegl's ideas. Gubser's argument challenges the predominant scholarly view that Austrian modernism was ahistorical or even antihistorical, and brings to light the extent of Riegl's influence on Benjamin."

This is an ingenious book. In clear and knowledgeable prose, Gubser has not only brought the substance of a major historian/art-historian to English-speaking attention, but also has managed to chart an excellent vade mecum to the historical and art historical (German-speaking and European) movements that are Riegl's provenance."

The book will be of interest primarily to intellectual historians and those with an interest in theory. Within these confines, the book succeeds in what it set out to do. The centerpiece of Gubser's discussion, which integrates the historical and psychological aspects, is Reigl's idea of temporality."

This is a lively and well-argued contribution that brings a fresh and welcome perspective on a complex and important topic."