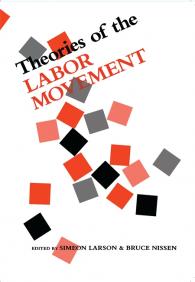 Theories of the Labor Movement

Simeon Larson is professor and chairman of the Department of Labor Studies at Rutgers University.

Bruce Nissen is an assistant professor in the Division of Labor Studies at Indiana University Northwest in Gary, Indiana.

From Karl Marx to John Kenneth Galbraith-with Thorstein Veblen and Big Bill Haywood inbetween-there are many theories about the whys and wherefores of labor unions as organizations of working people, and a comprehensive sampling is included in this book . . . [It] is particularly valuable to those who want to trace the philosophic underpinnings of organized labor; the readings are detailed and long enough to provide the full range of discussion. It is also valuable for those unionists who daily face arguments over the value of unions.