Home » Books » The Spook Who Sat by the Door, Second Edition 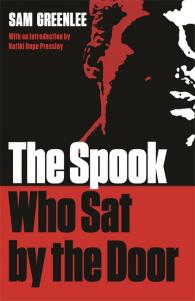 The Spook Who Sat by the Door, Second Edition

Sam Greenlee with an Introduction by Natiki Hope Pressley

Continuously available in print since 1968, this novel has become embedded in progressive anti-racist culture with wide circulation of the book and hotly debated film and television adaptations. A classic in the Black literary tradition, The Spook Who Sat by the Door is a strong comment on entrenched racial inequities in the United States in the late 1960s. With its focus on the "militancy" that characterized the Black Power movement of the 1960s and 1970s, this is the story of one man’s reaction to ruling-class hypocrisy in ways that make the novel autobiographical and personal. As a tale of a reaction to the forces of oppression, this book is universal.

Dan Freeman, the "spook who sat by the door," is enlisted in the CIA’s elitist espionage program. Upon mastering agency tactics, however, he drops out to train young Black Chicagoans to combat racism as "Freedom Fighters" in this explosive novel.

14 hours 36 min ago
HAPPY NATIONAL BOOK LOVERS DAY! In celebration of today, comment your current favorite book or something that you… https://t.co/SqfUAeiLHy
17 hours 30 min ago
QUEERING ANTI-ZIONISM by Corinne E. Blackmer is a queer critique of anti-Zionism, exploring how the Boycott, Divest… https://t.co/jk8OUUN7ku
17 hours 34 min ago
@WSUHumClinic It was such a pleasure to have you here, Carly!