Home » Books » The Song of the Nibelungs 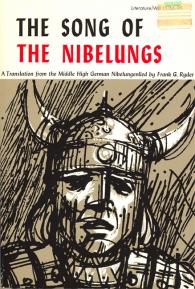 The Song of the Nibelungs

A Verse Translation from the Middle High German Nibelungenlied

A Translation from the Middle High German Nibelungenlied by Frank G. Ryder

Written around the year 1200 by an unknown Middle High German poet, probably an Austrian knight-cleric, The Song of the Nibelungs is composed of thirty-nine adventures and is divided into two major parts. Two great complexes of epic action are joined together: the life and death of Sigfrid, his glory, fault, and betrayal, and the massive destruction of those who betrayed him, engineered by Kriemhild, Sigfrid's wife.

The translator has reproduced the principal characteristics of style and language, in a verse form approximating that of the original. This modern translation, with its naturalness of language, will appeal to the general reader and scholar alike.

Frank G. Ryder is professor of German at Indiana Unviersity. He taught previously at the University of Michigan and Dartmouth College. He is the editor of The Sorrows of Young Werther, Carl Zuckmayer’s Das kalte Licht, Zehn Jahrzehnte, and with E. Allen McCormick, Lebendige Literatur: Deutsches Lesebuch für Anfänger.

. . . a very lively, sparkling and readable translation of the great German medieval epic: a translation which preserves the form and the spirit of the Nibelungenlied.