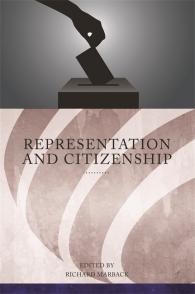 Concern with representation figures inescapably in the study of citizenship. From the initial formulations of a notion of citizenship in ancient Greece, in which citizens were persons charged with representing the interests of the city-state, concern about who and what gets represented, as well as how and why those people and things get represented, has been central in formulas describing the citizen’s relationship to a political community. Since the seventeenth century, the tension between citizens as representatives of the interests of the state and the state as representative of the interests of its citizens has found both practical and theoretical elaborations in understandings and exercises of citizenship. Today, the concept of representation resonates widely within citizenship studies, and its general ambiguity gives expression to many of the key issues of community membership, creating in this way a critical vocabulary through which those issues can be expressed. It is this vocabulary of representation that this book examines.

Representation and Citizenship is a collection of seven essays that speak to the pull in citizenship studies between founding beliefs that organize political communities and claims for multicultural and cosmopolitan expansions of those community beliefs. Each contributor takes a stance on supporting either founding beliefs or multicultural values, yet none are at the exclusion of the other. The essays explore the relevance of specific national contexts, including the United States, Canada, and Korea, and as a whole, argue that the tension between inclusion and exclusion retains significance for any assertion of what citizenship means.

The audience for this book includes, but is not limited to, students and scholars in citizenship studies, history, law, political science, and social science, especially those interested in issues of patriotism and multiculturalism.

Representation and Citizenship addresses membership conundrums with fresh ideas regarding the problem of representation, community, and citizenship. Rogers Smith and Will Kymlicka in their opening chapters analyse these contradictions in terms of the constitutional foundations of membership ("a civic union") and the empirical realities of ethno-cultural-religious diversity. The multicultural diversity characteristic of modern societies needs a robust notion of cosmopolitanism to engender a shared membership. These foundational issues of citizenship are illustrated in subsequent chapters with case studies of various vocabularies of representation for minorities, migrants, and aboriginals. An original and creative contribution to citizenship studies.

How to represent the diverse members of a polity within the fiction of equivalence among citizens has been a problem that has engaged political activists and philosophers from classical times to the present. This collection of essays fruitfully explores from a variety of angles the possibilities and tensions that arise from the coexistence of universalistic values and particularistic ties.

Who is in, who is out, what does it mean to belong, and what kind of polity do we belong to? These are the fundamental and timely questions explored in Representation and Citizenship, a valuable resource for anyone interested in issues of citizenship.

9 hours 30 min ago
In honor of the #CityofDetroit turning 321 years old on July 24th, WSUPress will be showcasing one Detroit Book of… https://t.co/PA7nONh4C0
14 hours 33 min ago
OUR FALL & WINTER 2022 TITLES ARE NOW AVAILABLE FOR PRE-ORDER! Grab your copy of any of our fall & winter titles f… https://t.co/qDykAsF9sk
2 days 15 hours ago
Happy Pub Date to THE SPOOK WHO SAT BY THE DOOR, SECOND EDITION! This new edition of a literary classic now includ… https://t.co/XrCsLZvf4D