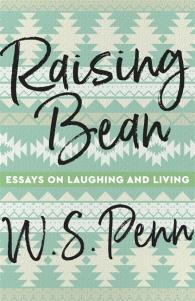 Essays on Laughing and Living

Offered in the oral traditions of the Nez Perce, Native American writer W. S. Penn records the conversations he held with his granddaughter, lovingly referred to as "Bean," as he guided her toward adulthood while confronting society’s interest in possessions, fairness, and status. Drawing on his own family history and Native mythology, Penn charts a way through life where each endeavor is a journey—an opportunity to love, to learn, or to interact—rather than the means to a prize at the end.

Divided into five parts, Penn addresses topics such as the power of words, race and identity, school, and how to be. In the essay "In the Nick of Names," Penn takes an amused look at the words we use for people and how their power, real or imagined, can alter our perception of an entire group. "To Have and On Hold" is an essay about wanting to assimilate into a group but at the risk of losing a good bit of yourself. "A Harvest Moon" is a humorous anecdote about a Native grandfather visiting his granddaughter’s classroom and the absurdities of being a professional Indian. "Not Nobody" uses "Be All that You Can Be Week" at Bean’s school to reveal the lessons and advantages of being a "nobody." In "From Paper to Person," Penn imagines the joy that may come to Bean when she spends time with her Paper People—three-foot-tall drawings, mounted on stiff cardboard—and as she grows into a young woman like her mom, able to say she is a person who is happy with what she has and not sorry for what she doesn’t.

Comical and engaging, the essays in Raising Bean will appeal to readers of all backgrounds and interests, especially those with a curiosity in language, perception, humor, and the ways in which Native people guide their families and friends with stories.

W. S. Penn is a Native American (Nez Perce) who taught creative writing for forty-five years. He is the author of Killing Time with Strangers, Feathering Custer, and several other works. He has won several literary awards including the North American Indian Prose Award and a Critic's Choice Award.

In Raising Bean, master storyteller W. S. Penn offers wise, witty, and sometimes acerbic observations on all things great and small addressed mostly to his beloved granddaughter, Clara, known as "Bean." Penn generously allows us to listen in, and it’s a privilege and great pleasure to do so.

In these reflections and stories inspired by questions from a beloved granddaughter, W. S. Penn navigates amidst the alternating absurdities, uncertainties, and sublimities of contemporary existence. His brush is at once large and fine, and his readers, like the narrator’s grandchild, will find a lot to question, some things to unknow, and even more to learn in Raising Bean.

W.S. Penn’s new book, RAISING BEAN, is a written testament to Native American storytelling... All of Penn’s books are witty, acerbic and filled with modern-day absurdities told by an author who stands in two worlds.