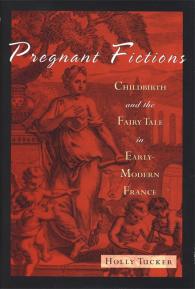 Childbirth and the Fairy Tale in Early Modern France

Like the best cultural critics and new historians, she shows how little known medical and popular texts can help us read literary texts better.

How male medical authorities and female literary authors struggled to describe the inner workings of the unseen—and competed to shape public understanding of it—is the focus of this engaging work by Holly Tucker. In illuminating the gender politics underlying dramatic changes in reproductive theory and practice, Tucker shows just how tenuous the boundaries of scientific "fact" and marvelous fictions were in early-modern France.

On the literary front, Tucker argues, women used the fairy tale to rethink the biology of childbirth and the sociopolitical uses to which it had been put. She shows that in references to midwives, infertility, sex selection, and embryological theories, fairy-tale writers experimented with alternative ways of understanding pregnancy. In so doing they suggested new ways in which to envision women, knowledge, and power in both the public and the private spheres.

Holly Tucker is an associate professor in the Department of French and Italian at Vanderbilt University.

Holly Tucker's Pregnant Fictions: Childbirth and the Fairy Tale in Early-Modern France is an original and thought-provoking study about the discursive debates about women's bodies in the French fairy tales during the latter part of the seventeenth and early eighteenth centuries. She demonstrates most convincingly how talented writers such as Mme d'Aulnoy, Mlle de La Force, Mlle de Lubert, among others, presented alternative interpretations of the social, medical, and political meanings of childbirth. The cravings for queens and kings for children were not simply literary conventions within the fairy tales of this period, Tucker recounts, but representations of real desires that had practical historical consequences. Her book makes a major contribution to our understanding of gender and reproductive issues in both the literary fairy tale and oral folk tale.

[Holly Tucker] has managed to use the complex controversies surrounding pregnancy and childbirth in early modern France to illuminate the cultural meaning of the fairy tales written by the conteuses in the 1690's. . . . Like the best cultural critics and new historians, she shows how little known medical and popular texts can help us read literary texts better.

There are many sources of delight in Pregnant Fictions, not least of which are the marvelous tales themselves. Many of these stories are difficult to find in modern editions and will be unknown to readers. Pregnant Fictions is an engaging book that convincingly argues that the mysteries of reproduction were deeply implicated in seventeenth-century women's efforts to make sense of the cultural transformations they were living through."

Tucker does exemplary cultural history, and her argument is convincing because she discusses specific 'non-fiction' texts in early-modern France to read the sexual politics of d'Aulnoy's and other French writers' fairy tales. This is a book from which any scholar with an interest in the tales of magic and gender can learn."