Home » Books » For Our Soul 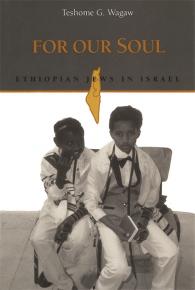 Between 1977 and 1992, practically all Ethiopian Jews migrated to Israel. This mass move followed the 1974 revolution in Ethiopia and its ensuing economic and political upheavals, compounded by the brutality of the military regime and the willingness—after years of refusal—of the Israeli government to receive them as bona fide Jews entitled to immigrate to that country. As the sole Jewish community from sub-Sahara Africa in Israel, the Ethiopian Jews have met with unique difficulties. Based on fieldwork conducted over several years, For Our Soul describes the ongoing process of adjustment and absorption that the Ethiopian Jewish immigrants, also known as Falasha or Beta Israel, experienced in Israel.

23 hours 20 min ago
Today is #smallbusinesssaturday! Make a stop into your favorite local business or #indiebookstore, and get started… https://t.co/yddIwk9cIF
1 day 23 hours ago
Our holiday sale is officially here! Starting TODAY, take 30% off ALL BOOKS with code HOL2 at… https://t.co/s5Dp8iGvDg
3 days 16 hours ago
@upfromsumdirt We are very excited to work with you on this collection!