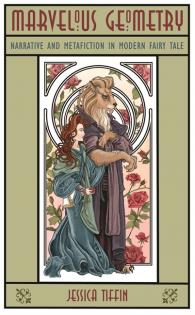 A very interesting contribution to the field of fairy-tale studies.

In Marvelous Geometry Jessica Tiffin argues that within twentieth- and twenty-first-century Western literature there exists a diverse body of fairy-tale texts that display a common thread of metafictional self-awareness. The narrative pattern of these texts is self-conscious, overtly structured, variously fantastical, and, Tiffin argues, easily recognized and interpreted by modern audiences. In this broadly comparative study she explores contemporary fairy-tale fictions found in modern literature and live-action and animated film and television to explore fairy tale's ability to endlessly reinvent itself and the cultural implications of its continued relevance.

Tiffin's skilled analysis draws on the critical fields of postmodernism, narratological analysis, stucturalism, feminism, and performativity, without relying solely on any one perspective. She considers important fairy-tale retellings such as the feminist revisions of Angela Carter, the postmodern narratives of A. S. Byatt, as well as fairy tales written for children by James Thurber. She also investigates both popular and high-art films, contrasting Cocteau and Neil Jordan to Hollywood romances and Disney, and analyzes the differences between animated features and live-action productions. Finally, Tiffin uses a case study of the recent successful Shrek films to situate the fairy tale in the twenty-first century as an endlessly adaptable folk narrative that self-consciously and affectionately reflects generic structures and significant cultural assumptions.

Marvelous Geometry covers a wide range of familiar and unfamiliar primary texts from a novel and fruitful perspective. Tiffin's focus on the metafictional nature of the fairy tale turns readers' attention to the genre's narrative structure and aesthetic qualities without ever losing sight of the fairy tale's sociocultural impact as powerful marvelous narrative. Scholars of literary and fairy-tale studies will enjoy Tiffin's expansive analysis.

Jessica Tiffin is a researcher and lecturer in the Faculty of Humanities at the University of Cape Town, South Africa.

Tiffin's readings of texts selected for analysis are always informed. She is very aware of studies done in recent literary fairy-tale scholarship and of studies in science fiction and fantasy literature."

Marvelous Geometry is a very interesting contribution to the field of fairy-tale studies. The chapters that deal with widely acclaimed writers offer previous critical analyses of their fairy tales and allow the reader to contemplate new ways of entering those well-known texts. The chapters that focus on texts which so far have inspired fewer studies contribute to the expansion of new areas of research that still need to be 'cartographied.'

Tiffin’s work offers a substantially and fully theorized foundation for exploration of fairy tale, mass-market literature, and film, and suggests the resemblances between fairy tale and other literature with "mythopoeic qualities." Her discussions of metafiction are grounded in clear definitions and examples that offer an exemplar of close reading in service of theoretical arguments.

17 hours 56 min ago
Hey #movementdetroit fans! WSUPress's TECHNO REBELS is a great way to relive the excitement of @MovementDetroit all… https://t.co/f4nPn8uYj0
1 day 18 hours ago
Check out Cindy Hunter Morgan's new book at https://t.co/o1mzeoKv1M https://t.co/6W9FLg0RLa
2 days 20 hours ago
Wayne State University President M. Roy Wilson with his teacher in high school. Check out this image and many more… https://t.co/W3kp1D7dFX