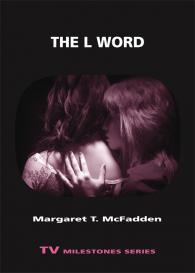 In January 2004, Showtime debuted The L Word, the first prime-time commercial drama to center around lesbian characters. Over the course of six seasons, the show depicted the lives and loves of an evolving circle of friends in West Hollywood, California, and was widely read as evidence of changing social attitudes toward gay people. Building on immediate critical attention, the show reigned as Showtime's most popular for its first three seasons and earned a large and enthusiastic audience. In The L Word, author Margaret T. McFadden argues that the show is important for its subject matter, its extended and deeply literate commentary on the history of representation of lesbians in popular media, and the formal innovations it deployed to rewrite that history.

McFadden shows that the program’s creators, led by executive producer Ilene Chaiken, were well aware of the assumptions and expectations that viewers would bring to it after a history of stereotypical depictions of lesbians on television. They sought to satisfy a diverse group of viewers who wanted honest and appealing portrayals of their lives while still attracting a large enough mainstream audience to make The L Word commercially viable. In five chapters, McFadden explores how the show tackled these problems of representation by using reflexivity as a strategy to make meaning, undertaking a complicitous critique of Hollywood, skillfully using a soap-drama format to draw in its audience, and ultimately creating its own complex representation of a lesbian community.

While deconstructing the history of misrepresentation of lesbians, The L Word’s new modes of storytelling and new perspectives made many aspects of lesbian experience, history, and culture visible to a large audience. Fans of the show as well as readers interested in cultural studies and gay and lesbian pop cultural history will enjoy this astute volume.

Margaret T. McFadden is Christian A. Johnson Associate Professor of Integrated Liberal Learning at Colby College, where she teaches in the American studies program and directs the integrated studies program.

Margaret McFadden’s book is thoroughly enjoyable to read and sizzling with insights that help us better understand the historical quandaries of lesbian (mis)representation, the reflexive pleasures of The L Word, and the perennial debate over lesbian visibility and politics that has kept L Word fans talking long after the series’ conclusion.

The L Word by Margaret T. McFadden and the TV Milestones series in general, show how effective the short monograph can be in providing intriguing and insightful analyses of key past TV series that might otherwise get lost amid all the attention paid to recent critical favorites [. . .]They serve an important function in articulating and revisiting focused moments in television and cultural history, and that’s reason enough this format should continue.

McFadden's thoughtful, well-written take on The L Word synthesizes previous readings with her own fresh and insightful interpretations of the program—particularly regarding its reflexivity. McFadden's own solid knowledge of the show shines with her frequent and particularly well chosen examples from it; The L Word fans will respond to these many examples intensely, while readers new to the show will follow and enjoy them easily.