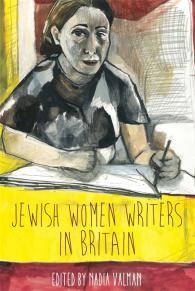 Against a background of enormous cultural change during the nineteenth and twentieth centuries, writing by British Jewish women grappled with shifting meanings of Jewish identity, the pressure of social norms, and questions of assimilation. Until recently, however, the distinctive experiences and perspectives of Jewish women have been absent from accounts of both British Jewish literature and women’s writing in Britain. Drawing on new research in Jewish studies, postcolonial criticism, trauma theory and cultural geography, contributors in Jewish Women Writers in Britain examine the ways that these women writers interpreted the experience of living between worlds and imaginatively transformed it for a wide general readership.

Expanding the concerns of Jewish literature beyond existing male-centered narratives of the heroic conflict between family expectations and personal aspirations, women writers also produced fiction and poetry exploring the female body, maternity, sexual politics, and the transmission of memory. While some sought to appropriate traditional Jewish literary forms, others used formal and stylistic experimentation to challenge a religious establishment and social conventions that constrained women’s public freedoms. The extraordinary range of responses to Jewish culture and history in the work of these writers will appeal to literary scholars and readers interested in Jewish women’s history.

Nadia Valman is senior lecturer in the Department of English at Queen Mary University of London. She is the author of The Jewess in Nineteenth-Century British Literary Culture and the co-editor of seven books on Jews and literature including Nineteenth-Century Jewish Literature: A Reader, Amy Levy: Critical Essays, and The Routledge Handbook to Contemporary Jewish Cultures.

An important, fascinating anthology that provides entry points into significant texts and critical conversations to engage with and continue. The collection will also, I hope, encourage wider availability of these works by British Jewish women writers.

This beautifully crafted collection compels readers to revisit a rarely acknowledged rich and important Jewish literary tradition. Jewish Women Writers in Britain eloquently establishes almost two centuries of literary production by Jewish women immersed in both British and Jewish letters. This collection demonstrates the importance of this ongoing European Jewish literary tradition, a tradition that comes to include émigré and survivor poets and writers in the twenty-frist century, incorporating those other European traditions into its folds. These compelling essays introduce readers to figures from Grace Aguilar, Katy Magnus, and the Moss sisters, to Mina Loy and the contemporary site poet Susan Hubbard, and each contribution is a pleasure to read.

– Laura S. Levitt, professor of religion, Jewish studies and gender at Temple University and author of American Jewish Loss after the Holocaust and Jews and Feminism, the Ambivalent Search for Home

This is the most sophisticated account to date of Jewish women writers in nineteenth- and twentieth-century Britain. The volume skillfully brings to life the distinct voices of a varied group of poets, dramatists and novelists.

– Bryan Cheyette, author of Diasporas of the Mind

13 min 6 sec ago
TONIGHT! Join @stephanie_heit at @ShopBooksweet for local author's night! https://t.co/pTny5OErDe
21 hours 56 min ago
Have you had a chance to check out our new Spring & Summer 2023 Catalog?! From a new lyric essay collection to a p… https://t.co/cNAo9WjL9K
1 day 20 hours ago
RT @shondabuchanan: Tonight! Feb. 1, 2023, 6:30pm Mountain Time -- Virtual reading for #lewisandclarklibrary Lewis & Clark Library in H… https://t.co/UAmMoIlq1w