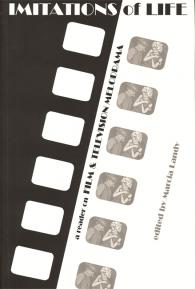 A Reader on Film & Television Melodrama

Marcia Landy has gathered thirty-seven important essays on film and melodrama that have appeared in books and journals over the last two decades. In her introduction to the book, Landy explores the recent interest in the genre in relation to theoretical work in psychoanalysis and semiotics, setting the stage for the essays that follow.

The book's seven sections examine the history of melodrama, its emphasis on emotional excess, its manicheanism, and its dependence on non-verbal strategies to communicate. Essays focus on the family melodramas of the 1950s, the role of Hollywood directors and stars in the development of the genre, and melodrama in the silent films and on television. The book concludes with an exploration of the use of melodrama in European and Latin American cinema, both silent and sound.

Imitations of Life thus provides a variety of perspectives-chronological, theoretical, and international-on the genre while investigating its cultural, social, and political significance.

Marcia Landay is a professor of English and film studies at the University of Pittsburgh. A Ph.D. from the University of Rochester, she is the author of Facism and Film: Italian Commercial Cinema, 1930-1943 as well as articles in such journals as Film Criticism, Jump Cut, and Cinema Journal.

Significant texts on film and television melodrama from a variety of perspectives-chronological, theoretical, international, and feminist-and their sociological significance.