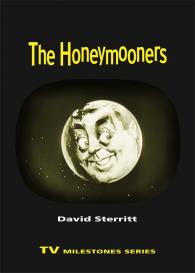 By far the best contribution to our appreciation of a genuinely classic television program.

The Honeymooners chronicles the lives of New York City bus driver Ralph Kramden and his wife, Alice, as they search for domestic happiness inside a confining Brooklyn apartment. As a stand-alone television program, it ran for just thirty-nine weeks from 1955 to 1956, but its characters appeared in long-running sketches on Calvalcade of Stars and The Jackie Gleason Show and the program has lived on for generations in reruns and home video releases. David Sterritt investigates The Honeymooners as an enduring and valuable index of societal norms and televisual tastes in the 1950s—a project made all the more intriguing by the diverse ways in which The Honeymooners both reaffirms and diverges from the typical broadcast idioms of its day.

With chapter headings borrowed from Honeymooners episode titles, this volume considers the program’s cultural, historical, and artistic dimensions in connection with the values of postwar America at large. Sterritt traces the roots of The Honeymooners within the context of the golden age of television, demonstrating that the show was central to early television history in ways that surpassed most of its rivals. He also details the many distinctive features, relating to both comedy style and ideological import, that set The Honeymooners apart from other shows and made it profoundly influential on family-based situation comedies in later decades. Ultimately, Sterritt shows that the program’s treatment of race, class, and gender was a revealing mirror of its time and that its characters, aesthetic qualities, and plot devices were more complex and sophisticated than they may have seemed.

David Sterritt is emeritus professor of theater and film at Long Island University and past chair of the Columbia University Seminar on Cinema and Interdisciplinary Interpretation. He is chair of the National Society of Film Critics and author or editor of several books, most recently Guiltless Pleasures: A David Sterritt Film Reader and The B List: The National Society of Film Critics on Genre Movies, Low Budget Beauties, and Cult Classics We Love.

This is a sharp, concise, and brilliantly written book on a classic series that has endured from the inception of television to the present day and lost none of its relevance or social currency. Sterritt adroitly takes us through the creation, production, and reception of this groundbreaking show and makes The Honeymooners come alive for a whole new generation. Essential reading for anyone interested in television studies, Sterritt's deftly written volume tells the story of a one-of-a-kind performer (Jackie Gleason) and the show that defined the early 1950s, and created the roots of television comedy as well. Sterritt knocks it out of the park with this lively, informed volume-a real contribution to the literature of television studies and an excellent addition to the TV Milestones series."

– Wheeler Winston Dixon, Ryan Professor of Film Studies at the University of Nebraska, Lincoln, and editor of Quarterly Review of Film and Video

The Honeymooners displays considerable intelligence and erudition, but is written in a readable style that should make it appealing to undergraduates, media scholars, and the show's legion of fans. It is by far the best contribution to our appreciation of a genuinely classic television program."