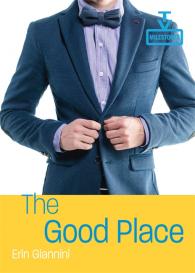 "Pobody’s nerfect" - or whatever the saying might be! As humans we are constantly worried about how our actions may come back to haunt us. The Good Place (2016–2020) is a high-concept American sitcom that brought light to the dark topic of the afterlife, and the show tackled this worry head-on. Although it had a life span of only four seasons, The Good Place made a lasting impact on American television culture and garnered many accolades for producer Michael Schur (also producer of The Office, Parks and Recreation, and Brooklyn Nine-Nine). Author Erin Giannini argues that the show redefines the classic sitcom structure by mixing the genres of fantasy and comedy, while simultaneously teaching the viewers the importance of character development through the analysis of moral and ethical principles. Giannini also analyzes the "not so in your face" political commentary seen in The Good Place, as this show took place during a tumultuous time in American politics. Television studies scholars and fans of the show will enjoy Giannini’s analysis of The Good Place as they read about the show’s laughs and twists and turns.

Erin Giannini is an independent scholar in television studies and has served as an editor for PopMatters. She is the author of Supernatural: A History of Television’s Unearthly Road Trip and Joss Whedon vs. the Corporation. Her articles have appeared in numerous journals, including Monstrum, Slayage, and Science Fiction Film and Television, and she is a member of the Southwest Popular/American Culture Association.

'Holy forking shirtballs', Erin Giannini has written the definitive guide to The Good Place! With a thoughtful eye for detail, Giannini weaves an understanding of the thematic, political, narratological, and pedagogical value of this groundbreaking sitcom. A must-read for fans and scholars alike, this volume explores what The Good Place is, what it can be, and what it means for all of us.

In addition to her excellent observations on The Good Place’s pointed comedic critique, its deft storytelling techniques, and its engagement with deeper themes, Giannini insightfully examines the place of the series among its televised forebears, contemporaries, and descendants. The Good Place is a good read!

This excellent study provides a sophisticated account of the ambitions of The Good Place. Erin Giannini guides us through the complexities of the show both as a sitcom and as pedagogy, assisting us in appreciating both its philosophical themes and its achievement as television. Anyone interested in the show or the possibilities of television would benefit from reading this book.

The Good Place provides a thorough and commanding televisual critique worthy of the complexity of its subject matter. Erin Giannini grounds her scholarship in well-explicated political and philosophical context, helping the reader to appreciate both the series’ immediate social relevance and its value as art that transcends its cultural moment. Excellent reading for scholars, students, and fans.

9 hours 59 min ago
In honor of the #CityofDetroit turning 321 years old on July 24th, WSUPress will be showcasing one Detroit Book of… https://t.co/PA7nONh4C0
15 hours 2 min ago
OUR FALL & WINTER 2022 TITLES ARE NOW AVAILABLE FOR PRE-ORDER! Grab your copy of any of our fall & winter titles f… https://t.co/qDykAsF9sk
2 days 16 hours ago
Happy Pub Date to THE SPOOK WHO SAT BY THE DOOR, SECOND EDITION! This new edition of a literary classic now includ… https://t.co/XrCsLZvf4D