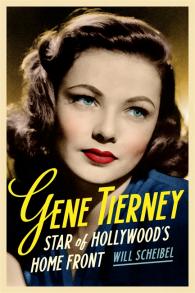 Gene Tierney may be one of the most recognizable faces of studio-era Hollywood: she starred in numerous classics, including Leave Her to Heaven, The Ghost and Mrs. Muir, and Laura, with the latter featuring her most iconic role. While Tierney was considered one of the most beautiful women in Hollywood, she personified "ordinariness" both on- and off-screen. Tierney portrayed roles such as a pinup type, a wartime worker, a wife, a mother, and, finally, a psychiatric patient—the last of which may have hit close to home for her, as she would soon leave Hollywood to pursue treatment for mental illness and later attempted suicide in the 1950s. After her release from psychiatric clinics, Tierney sought a comeback as one of the first stars whose treatment for mental illness became public knowledge. In this book, Will Scheibel not only examines her promotion, publicity, and reception as a star but also offers an alternative history of the United States wartime efforts demonstrated through the arc of Tierney’s career as a star working on the home front. Scheibel’s analysis aims to showcase that Tierney was more than just "the most beautiful woman in movie history," as stated by the head of production at Twentieth Century Fox in the 1940s and 1950s. He does this through an examination of her making, unmaking, and remaking at Twentieth Century Fox, rediscovering what she means as a movie legend both in past and up to the present. Film studies scholars, film students, and those interested in Hollywood history and the legacy of Gene Tierney will be delighted by this read.

Will Scheibel is associate professor of English at Syracuse University, where he teaches film and screen studies. He is the coauthor of Twin Peaks, a volume in the TV Milestones Series (Wayne State University Press, 2020), with Julie Grossman. His articles have appeared in numerous journals, including Camera Obscura, Film Criticism, Journal of Gender Studies, and Celebrity Studies.

Gene Tierney is an important contribution to star studies and American film history that is long overdue on one of Hollywood's most popular stars during the 1940s. Through careful primary research and close textual analysis of her films and image, Scheibel unveils new insights not just on Gene Tierney’s career but also on Hollywood stardom, the U.S. female audience, and on the shifting gender norms for women in the WWII and postwar years.

Thoroughly researched and lucidly written, Gene Tierney reveals the complexity of Tierney’s star image and of studio-era stardom more generally. Through astute analysis of films, scripts, publicity, studio memoranda, and more, Scheibel traces the evolution of Tierney’s persona through war and peace and personal tragedy. While Tierney is best remembered for her beauty, Scheibel demonstrates that her career was built on so much more.

– Kristen Hatch, author of Shirley Temple and the Performance of Girlhood

Chronically underrated thanks to her peerless beauty, Gene Tierney is a fruitful subject for Will Scheibel’s insightful analysis. Delving into publicity, fashion, and complex attitudes towards gender and race, he offers a fascinating account of how Hollywood molded star personas, detailing the exhausting labor—emotional, physical, and creative—that went into embodying a feminine ideal.

– Imogen Sara Smith, author of In Lonely Places: Film Noir Beyond the City

9 hours 54 min ago
In honor of the #CityofDetroit turning 321 years old on July 24th, WSUPress will be showcasing one Detroit Book of… https://t.co/PA7nONh4C0
14 hours 57 min ago
OUR FALL & WINTER 2022 TITLES ARE NOW AVAILABLE FOR PRE-ORDER! Grab your copy of any of our fall & winter titles f… https://t.co/qDykAsF9sk
2 days 16 hours ago
Happy Pub Date to THE SPOOK WHO SAT BY THE DOOR, SECOND EDITION! This new edition of a literary classic now includ… https://t.co/XrCsLZvf4D