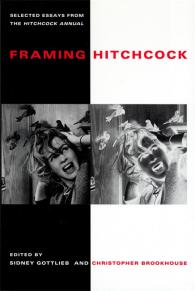 Selected Essays from the Hitchcock Annual

In its ten-year history, the Hitchcock Annual has established itself as a key source of historical information and critical commentary on one of the central figures in film history and arguably one of the most important artists of the twentieth century. Fans of Alfred Hitchcock—both scholars and general readers alike—will be entertained and informed by this selection of writings, which offers an overview of the current thinking on the filmmaker and his work. The articles span his career and cover a wide range of topics from archeological investigations uncovering new details about his working methods and conditions to incisive analyses of the films themselves.
The collection begins with rare insights into Hitchcock’s early years, including his work in Germany and his silent film Easy Virtue, which, with its metaphoric play on the concept of "being framed," dramatizes aspects of the human condition to which Hitchcock returned repeatedly. Commentators explore a variety of themes, including the centrality of kissing shots and sequences in nearly all the films, and images of women’s handbags as elements of suspense and sexual tension in such films as Dial M for Murder and Psycho. Other essays examine the influence of Vertigo, The Birds, and Frenzy on François Truffaut, the remaking of Psycho, and feminist interpretations of Shadow of a Doubt. Interviews with Jay Presson Allen and Evan Hunter illuminate Hitchcock’s working relationship with screenwriters, actors, and actresses. Written by established as well as emerging critics of Hitchcock, this fascinating collection will help shape future appreciation and interpretation of an enormously important and influential filmmaker.

Sidney Gottlieb is a professor of English at Sacred Heart University.

Christopher Brookhouse is the founding editor of the Hitchcock Annual.

6 hours 6 min ago
HAPPY PUB DATE! Dan Gerber said "If you make yourself available to Cindy Hunter Morgan’s poems, they will revivif… https://t.co/L60dTqsUUj
1 day 2 hours ago
Grab your copy or e-book of @fkwang's YOU CANNOT RESIST ME WHEN MY HAIR IS IN BRAIDS today! https://t.co/htFDjNa9yj https://t.co/zHyt049441
4 days 4 hours ago
Wayne State University Press is proud to announce our winner and finalists of the 2022 Next Generation Indie Book A… https://t.co/Ozy1WEQY1i