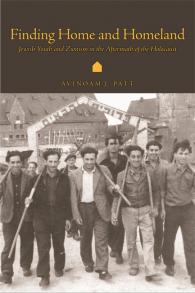 Finding Home and Homeland succeeds both in staking out a clear-cut and refreshingly new position in a highy contentious historiographical field, while doing so with tremendous restraint and in a dispassionate—and distinctly un-polemical—tone.”