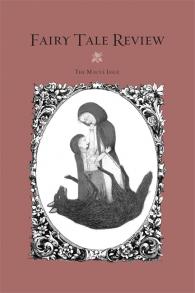 Mauve is a new word with old roots. The color’s earlier incarnations—Tyrian purple (given for the shade of Roman emperors’ cloaks) and aniline purple—were abandoned when, to increase the popularity of Perkin’s dye, its sellers named the color after a French flower called the mallow. When we consult the dictionary, it tells us that the mallow is a herbaceous plant with hairy stems and pink or purple flowers. Its fruit comes shaped in wedges and so it is nicknamed the cheese plant. Mallows are grown as ornamentals, and mallows are grown as edibles. Some are for looking at, others are for eating. We want this issue to be both—a mallow, a marsh, a cake that defies old proverbs. Gaze at it. Eat it too. Consume, ravage, devour it. Why, go ahead and try it on, walk around in it as long as you like. Either way, we promise you’ll look ravishing.

Kate Bernheimer has been called "one of the living masters of the fairy tale" (Tin House). She is the author of a novel trilogy and the story collections Horse, Flower, Bird and How a Mother Weaned Her Girl from Fairy Tales, and the editor of four anthologies, including the World Fantasy Award winning and bestselling My Mother She Killed Me, My Father He Ate Me: Forty New Fairy Tales and xo Orpheus: 50 New Myths. She is an Associate Professor of English at the University of Arizona in Tucson, where she teaches fairy tales and creative writing.

4 hours 7 min ago
😍 https://t.co/1d8lpGh85p
7 hours 18 min ago
RT @_kate9412: We may have taken the scenic route but Dr Nigel Morris and I are really pleased to share our article titled “Sophie… https://t.co/EMyyS1uPUg
7 hours 19 min ago
RT @cinemariasf: Also forthcoming in @WSUPress edited collection After 'Happily Ever After': Romantic Comedy in the Post-Romantic Ag… https://t.co/x4mBkUxaOB