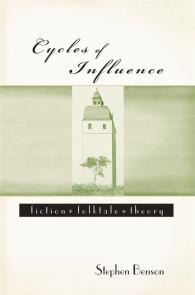 “…all readers interested in fiction and narrative theory should read and learn from this book.”

In this wide-ranging and insightful analysis, Stephen Benson proposes a poetics of narrative for postmodernism by placing new emphasis on the folktale. Postmodernist fictions have evidenced a return to narrative—to storytelling centered on a sequence of events, rather than a "spiraling" of events as found in modernism—and recent theorists have described narrative as a "central instance of the human mind." By characterizing the folktale as a prime embodiment of narrative, Benson relates folktales to many of the theoretical concerns of postmodernism and provides new insights into the works of major writers who have used this genre, which includes the subgenre of the fairy tale, in opening narrative up to new possibilities.

Benson begins by examining the key features of folktales: their emphasis on a chain of events rather than description or consciousness, their emphasis on a self-contained fictional environment rather than realism, the presence of a storyteller as a self-confessed fabricator, their oral and communal status, and their ever-changing state, which defies authoritative versions. He traces the interactions between the folktale and Italo Calvino’s Fiabe Italiane, between selected fictions of John Barth and the Arabian Nights, between the work of Robert Coover and the subgenre of the fairy tale, and between the "Bluebeard" stories and recent feminist retellings by Angela Carter and Margaret Atwood. The arguments presented will interest not only folklorists and scholars of narrative but also readers in fields ranging from comparative literature to feminist theory.

Stephen Benson is a lecturer in the Department of English at Brunel University in the United Kingdom.

Stephen Benson's book establishes a challenging and convincing base in literary theory and folkloristics from which he explores a range of short stories fiction written since 1950. Concentrating on work by Italo Calvino, John Barth, and Robert Coover, together with developments of the Bluebeard" fairy tale, Benson offers shrewd insights into what he terms 'a sort of localized interdisciplinary literary history.' This is a work which excels in theoretical debate yet is never dogmatic, as it shows an impressive understanding of the intriguing problematics of interdisciplinary study.

... all readers interested in fiction and narrative theory should read and learn from this book. Stephen Benson makes a compelling argument: that theories of fiction and folktales have been inextricably intertwined, at least since the early work of Vladimir Propp and the Prague School

Giving a decisive spin to the study of narrative in relation to theory and folktales, Benson has provided a carefully researched book that historicizes intertextuality and focuses on the story cycle to discuss structuralism, Arabian Nights, Angela Carter, Italo Calvino, feminist theory, and more. A must read for all scholars and teachers of narrative.