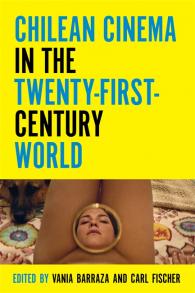 Chilean Cinema in the Twenty-First-Century World

Focusing on films from Chile since 2000 and bringing together scholars from South and North America, Chilean Cinema in the Twenty-First-Century World is the first English-language book since the 1970s to explore this small, yet significant, Latin American cinema. The volume questions the concept of "national cinemas" by examining how Chilean film dialogues with trends in genre-based, political, and art-house cinema around the world, while remaining true to local identities. Contributors place current Chilean cinema in a historical context and expand the debate concerning the artistic representation of recent political and economic transformations in contemporary Chile. Chilean Cinema in the Twenty-First-Century World opens up points of comparison between Chile and the ways in which other national cinemas are negotiating their place on the world stage.

The book is divided into five parts. "Mapping Theories of Chilean Cinema in the World" examines Chilean filmmakers at international film festivals, and political and affective shifts in the contemporary Chilean documentary. "On the Margins of Hollywood: Chilean Genre Flicks" explores on the emergence of Chilean horror cinema and the performance of martial arts in Chilean films. "Other Texts and Other Lands: Intermediality and Adaptation Beyond Chile(an Cinema)" covers the intermedial transfer from Chilean literature to transnational film and from music video to film. "Migrations of Gender and Genre" contrasts films depicting transgender people in Chile and beyond. "Politicized Intimacies, Transnational Affects: Debating (Post)memory and History" analyzes representations of Chile’s traumatic past in contemporary documentary and approaches mourning as a politicized act in postdictatorship cultural production.

Intended for scholars, students, and researchers of film and Latin American studies, Chilean Cinema in the Twenty-First-Century World evaluates an active and emergent film movement that has yet to receive sufficient attention in global cinema studies.

Carl Fischer is associate professor of Latin American studies and Spanish at Fordham University. He is the author of Queering the Chilean Way: Cultures of Exceptionalism and Sexual Dissidence, 1965–2015.

Chilean Cinema in the Twenty-First-Century World is an excellent and important contribution to the emerging field of Chilean film studies and to the broader one of Latin American film studies.

While many film studies books deal with large film industries such as Mexico, Brazil, and Argentina, there are few systematic treatments of Chilean film in English, and none that so effectively treat the question of internationalization at a crucial moment of rearticulation/reinvention of Chilean cinema.

This volume is a long-awaited homage (in English) of the cutting edge, innovative work coming out of Chile during the past two decades. An excellent resource for everyone from faculty through undergraduates on the ways in which Chilean cinema has attracted global audiences through fresh, heterogeneous directorial voices, fierce networking on the film festival circuit, and bold marketing strategies. This volume is indispensable to those interested in contemporary Chilean cinema.

Chilean cinema has flourished in the twenty-first century and reached global audiences, and this is an essential book to chronicle and analyze this success story. Written by experts in their field, this book provides an excellent and comprehensive critical guide.

– Deborah Shaw, professor of film and screen studies, University of Portsmouth, and editor of Transnational Screens

Effectively navigating between the national and the transnational, this comprehensive collection offers a much-needed critical account of Chilean contemporary cinema. Unique in its scope—ranging from music videos to horror, from documentary to martial arts, from queer to ‘global art’ films—this book opens up exciting new lines of inquiry for the study of Chilean cinema.

This refreshing approach to national cinemas addresses the recent Chilean film production taking into account the tensions between the global dialogues it has established and the achievements and constraints of a local film scene. An essential overview of Chilean Cinema and the cultural, political, and economic transformations of the new century.

The book’s overarching focus [is] on the sometimes problematic intersections of art and global commerce in an increasingly transnational cinematic landscape. Is it even possible to have a ‘purely’ national – let alone local – cinema anymore?

18 hours 6 min ago
Hey #movementdetroit fans! WSUPress's TECHNO REBELS is a great way to relive the excitement of @MovementDetroit all… https://t.co/f4nPn8uYj0
1 day 18 hours ago
Check out Cindy Hunter Morgan's new book at https://t.co/o1mzeoKv1M https://t.co/6W9FLg0RLa
2 days 21 hours ago
Wayne State University President M. Roy Wilson with his teacher in high school. Check out this image and many more… https://t.co/W3kp1D7dFX