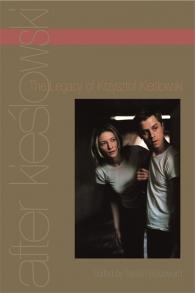 The Legacy of Krzysztof Kieslowski

Polish filmmaker Krzysztof Kieslowski died unexpectedly in March 1996 at precisely the moment he had reached the height of his career and gained a global audience for his work with the Three Colors trilogy (1993-94). Since his death he has been hailed as one of the greatest and most influential directors of all time, elevated to the elite of world cinema alongside Jean Renoir, Robert Bresson, Federico Fellini, Yasujiro Ozu, Max Ophüls, and Andrei Tarkovsky. In After Kieslowski, leading contributors diverge from the typical analysis of Kieslowski's work to focus on his legacy in films made after his death, including those based on his scripts and ideas and those made entirely by other filmmakers.

Kieslowski's rich legacy is rooted in not only a very significant body of early work made before his breakthrough films but another trilogy of films that he had been working on prior to his death, several of which have gone on to be produced. Furthermore, actors and assistant directors involved with Kieslowski also made films that develop his earlier, incomplete projects or that derive thematically and stylistically from his work. After Kieslowski considers Kieslowski's legacy from three broad perspectives-the Polish, the European, and the global. Contributors trace his direct influence on filmmakers in Poland and Europe, including Jerzy Stuhr, Krzysztof Zanussi, Emmanel Finkiel, Julie Bertucelli, and Tom Tykwer, as well as points of thematic coincidence between his work and that of Jean-Luc Godard, P. T. Anderson, David Lynch, Michael Haneke, Abbas Kiarostami, and Paul Haggis. This collection also traces the reemergence of Kieslowski's unique visual signature in films by Ridley Scott, Santosh Sivan, John Sayles, and Julian Schnabel, and his highly original use of television serial-narrative form that is echoed in at least two major American television series, HBO's Six Feet Under and ABC's Lost.

Examining Kieslowski's legacy is a way of thinking both about the unique features of Kieslowski's work and about issues that are now at the heart of contemporary filmmaking. Film scholars and students will appreciate this groundbreaking volume.

Steven Woodward is associate professor of film and literature at Bishop’s University, Canada.

This distinguished book brings together an international group of scholars and critics to consider Kie?lowski's wide influence on contemporary world cinema. Each essay makes a distinctive contribution to this investigation, whether considering Kieslowski's legacy in the context of national cinemas, his effect on other directors such as Godard, Haneke, or Kiarostami, and his 'global' legacy-including surveys of his influence on such unexpected media as postmodern Hollywood narrative and American television."

After Kie?lowski is an important contribution to the study of Krzysztof Kie?lowski, the prematurely deceased master of European cinemas, and of his legacy. The contributors of this excellent collection of essays explore both his Polish and internationally made films in view of the influence that his works, his philosophy, and his approach to film aesthetics have exerted on film production all over the world long after the director's death."

– Janina Falkowska, professor of film studies at the University of Western Ontario, Canada

6 min 47 sec ago
TONIGHT! Join @stephanie_heit at @ShopBooksweet for local author's night! https://t.co/pTny5OErDe
21 hours 50 min ago
Have you had a chance to check out our new Spring & Summer 2023 Catalog?! From a new lyric essay collection to a p… https://t.co/cNAo9WjL9K
1 day 20 hours ago
RT @shondabuchanan: Tonight! Feb. 1, 2023, 6:30pm Mountain Time -- Virtual reading for #lewisandclarklibrary Lewis & Clark Library in H… https://t.co/UAmMoIlq1w